Let Nature Blossom in You 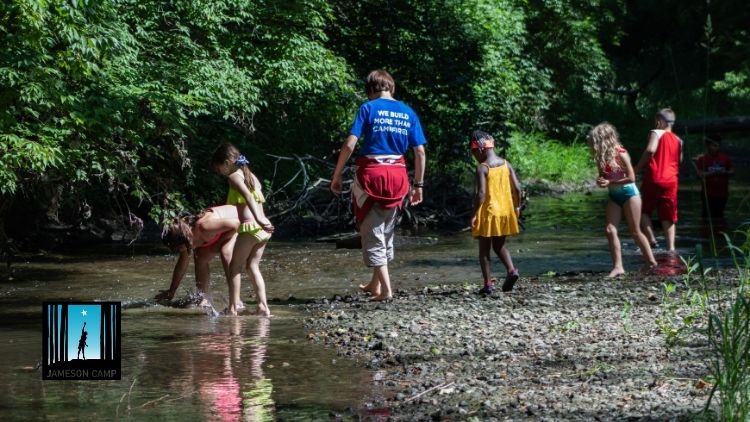 We instinctively know that time in nature is good for us, but science backs it up. The great outdoors is great for us! Research reveals that healthcare accounts for only 10% of our longevity and wellbeing while environmental factors account for 20%, genetics 30% and behaviors 40% (Schroeder, NEJM, 2007). Our surroundings and how they influence our choices form the foundation for a healthy lifestyle.

Nature is Good for Humans

Environmental factors can increase or reduce our stress, which in turn impacts our bodies and wellbeing. Regardless of age or culture, humans find nature pleasing. In one study in Mind, 95% of those interviewed said their mood improved after spending time outside. In several ways: changing from depressed, stressed, and anxious to calmer and more balanced.Other studies by Ulrich, Kim, and Cervinka show that time in nature is associated with a positive mood, psychological well-being, meaningfulness, and vitality. Being in a natural environment can defuse anger, lower stress, and reduce fear. It also has a tendency to eliminate nervousness, lessen aggression, and increase pleasant feelings.

Incorporating the great outdoors matters for our children as well. A study that tracked more than 3,000 children living in southern California over eight years found that those who lived closer to parks and recreation resources had lower Body Mass Indexes (BMI) at age 18 than those who lived further away. In fact, it was estimated that if all the children had matching access, nearly 10% would see their BMIs move from overweight to normal, and 2% would move from obese to overweight (Wolch et al., Health Place, 2010).

Nature can impact attention. Because humans are wired to find nature inherently interesting. Time in nature increases our ability to focus and pay attention. This time in nature gives our overactive mind a respite and refreshes us for new tasks. Andrea Taylor did research with children with ADHD. She found that spending time in nature not only increased focus and attention span during the time outdoors but also increases attention later. Researchers point to a 20% improvement in attention after spending an hour interacting with nature. It’s an improvement that was consistent across different seasons and temperatures (Berman et al., Psychological Science, 2008).

A Sense of Community

Nature brings us together as well. Studies that measure fMRI (functional magnetic resonance imaging) to measure brain activity found that while in nature the parts of the brain associated with empathy and love were active. Nature inspires feelings that connect us to one another as well as increases our own self esteem. Nature reduces feelings of isolation. We experience a greater sense of community when we commune with nature. A 2015 study of 2,000 people in the United Kingdom found that more exposure to nature translated into more community cohesion and substantially lower crime rates.

Nature can even have an impact on long term mood disorders. Many patients do not want to turn to medication or even to therapy for help. A 2015 Stanford University study found that walking in nature could lead to a lower risk of depression (Bratman et al., Proceedings of the National Academy of Sciences, 2015). Some patients find the interaction with the natural environment is the best remedy to their chronic mental health challenges.

The natural world fills our senses and can change our moods, but it also improves our physical wellbeing. Nature can improve how our endocrine system and immune systems are working. It can reduce blood pressure, heart rate, muscle tension and the production of stress hormones. Nature can even reduce pain. Humans are genetically engineered to be captivated by nature. We can be absorbed in the natural world, and we can be distracted from pain or discomfort.

In 2006 Biederman and Vessel in American Scientist found that time in nature triggers an increase in the brain’s visual cortex. This resulted in leading to a physically pleasurable response. On the other hand, time in a high stress environment, such as a busy city street, triggers production of cortisol by the adrenal glands (Franke, Children, 2014). This cortisol interferes with memory and learning doing several things. It weakens the immune system function, lowers bone density, and increases weight gain, blood pressure and heart disease. These factors also impact long term mental health and resiliency. They can disrupt brain development in children. The this happens, it can trigger emotional problems, depressive disorders, or negatively impact attention and inhibition control (Shern et.al., Mental Health America, 2014). Toxic stress has been called public health enemy number one. Time in nature can be an effective counterbalance.

Nature Is a Have-to-Have

In 2005 Richard Louv, a journalist and author of Last Child in the Woods, a book that is commonly referred to as triggering the Nature Deficit Disorder movement, said “I could find 60 studies that were good studies. Now it’s approaching and about to pass 1,000 studies, and they all point in one direction: Nature is not only nice to have, but it’s a have-to-have for physical health and cognitive functioning.” This growing body of research — combined with an intuitive understanding of natures benefits and increased concerns about the exploding amounts of screen time — has led to a tipping point at which health experts, researchers, and government officials are now proposing widespread changes aimed at bringing nature into people’s everyday lives.

How long should we spend outside to reap these benefits? In a study of 20,000 people, a team led by Mathew White of the European Centre for Environment & Human Health at the University of Exeter studied the effect of time outside. They found that people who spent two hours a week in green spaces were substantially more likely to report good health and psychological well-being than those who don’t. Whether it was in local parks or other natural environments, either all at once or spaced over several visits, didn’t matter. Two hours was a hard boundary: The study, published last June, showed there were no benefits for people who didn’t meet that threshold. The results cross ethnic groups, occupations, socioeconomic levels, and even those with chronic illness and disability.

Nature has robust effect on our health – physically, mentally, and emotionally. In conclusion, these are all the reasons why Jameson Camp  wants to invite kids to Get Outside and Grow Inside!

Are you on Facebook? We are, too! Let’s be friends!