Who is Your Child’s Best Role Model? 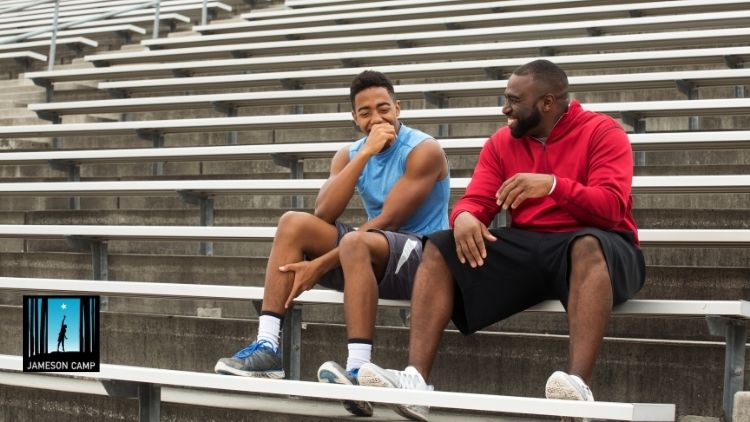 As teenagers grow into adults, it is important they are surrounded with positive role models. Research findings indicate that adolescents who can identify a positive role model in their lives have higher grades and self-esteem than those who can’t. This is particularly true when the youth knows their role model on a personal level. Studies also show that youth are more likely to select role models who they perceive as similar to themselves. For instance, they are more likely to look up to someone of the same gender, race, and ethnicity.

What can a role model mean for a child?

Teens are impacted, or even bombarded, by a wide variety of influences: parents, peers, teachers, media, coaches, church leaders… These role models are instrumental in helping teens develop goals, career options, educational direction, and consumer behavior. They also support youth in avoiding unhealthy choices such as

In turn, they encourage them toward healthy choices such as nutrition, exercise, health, and education. In addition role models can be a key factor in young people’s mental, social, and emotional health.

Positive or Negative – both have an impact

Although we typically think of role models as people with outstanding qualities, this is not always the case. Unfortunately, negative role models offer this same influence in the opposite direction. For as much good as a wonderful mentor can be to a teen, a poor role model can cause the same amount of harm. Often, these role models are encouraging teens to focus on avoiding life challenges. Behaviors like pursuing quick fixes, fast money, and not on focusing on growth and developing positive character are dangerous. For example, instead of encouraging a young person to study hard and work hard to achieve good grades, this sort of role model would encourage them to cheat on the test to get the grade they want.

Young people learn the most through modeling and watching adults. Remember the phrase “Do as I say, and not as I do”?That adage does is to effective for teens and their development. Their experiences allow them to determine what socially acceptable and beneficial behavior is and what is not. If people around them are achieving successes that a teen desires, the teen will follow their example.

Do the children you know have a role model?

Sadly, many children and adolescents don’t have positive role models to look up to. A 2001 study of 100,000 middle and high school students found that only around ¼ of the students reported having a positive adult role model in their lives.  This indicates that ¾ of students either don’t have someone to look up to, or look up to someone who is making negative choices within their own lives.

When we consider who may be a role model for a young person, our first thought is to the parent. These are natural first role models a child will encounter. This can be a positive or negative role model. Even if the parent is an ideal role model, it is just as important for young people, in particular teens, to ALSO have an adult role model(s) other than the parent. As children grow they want to expand their horizons beyond just the family circle.

In addition, in those tough days of adolescence, teens do not always want to turn to a parent to have tough conversations about making life decisions. It is important that parents help children form the foundation of positive relationships with other adults that the parent approves of at a younger age so that the relationship is there when the teen needs it. The parent is the most important role model, but we cannot stop at just the parent.

The role of Jameson Camp

At Jameson Camp we want to help young people “get outside and grow inside.” Our staff has been impacting the lives of young people since 1928. Youth find an “experience designed to provide a nurturing environment where children engage in self-discovery and develop self-respect and confidence. We strive to be a resource to children and their families to assist in the development of life skills necessary for successful, productive cultures. We teach appreciation and respect for one’s self, for others, and nature.”

Knowing who impresses – and influences – the children around you is important. And the importance of providing opportunities for youth to find positive role models cannot be overstated. That is one of the reasons you can find Youth Leadership programs and facilities for retreats, gatherings, and your programs.

Jameson Camp staff work all year long to further our mission of providing youth and others a rich environment of endless opportunities for growth, personal development. Contact us at 317-241-2661 for more information.

Are you on Facebook? We are, too! Let’s be friends!